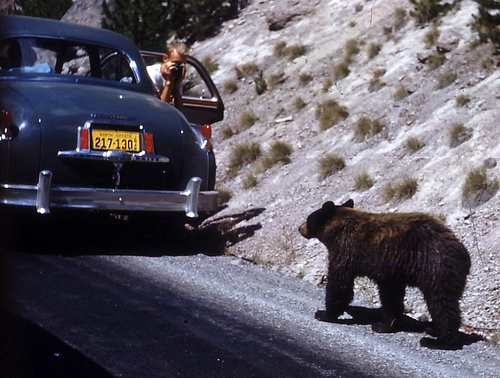 What’s the worst that can happen?

This question has been posed millions of times by people who are trying to find justification for an action that they are not 100% confident in.

For example, “Dude, I am about to go jump off of the back of the roof, onto the trampoline, over the neighbors fence and then swan dive into their pool! It’s gonna be sweet! Besides, what’s the worst that can happen?”

Ok, maybe not the best example, but you have all asked this question about one thing or another in your life.

It is the answer however, that I want to focus on. When you ask this question, what is your answer? Is the answer dire enough to stop you from taking action? Is it clearly defined? Is it realistic? Or is it just a reiteration of the common fears that you have heard people saying for years?

If you tried the stunt in my example above, you will probably break your neck and paralyze yourself. That outcome is clearly defined, and just stupid. Don’t try that at home (or anywhere else for that matter!)

However, in the majority of situations, the worst possible outcome is actually not as terrible as you once thought once it is clearly defined, and once you compare it to continuing on without any changes.

So many people avoid doing something that could truly change their lives because they never sat down to clearly define what their worst case scenario would be.

Have you ever made the decision NOT to quit your job and pursue an awesome business idea that you had? What was your reasoning? Was it fear of running out of money? Was it fear of nobody liking your new product? Was it fear of humiliation by your family? Was it pride? Was it lack of confidence?

Have you made the decision NOT to ask your boss for a raise? Were you scared? Did you think you might get fired?

Do you even know why you decided NOT to pursue the last big decision you almost made?

Most people don’t. Most people simply say NO to things that could benefit them because they do not understand the true cost of the risk they are taking.

If you never define the worst case scenario for a decision, then you can never truly make an informed decision. Your decision will be based on circumstances and societal pressures.

What is the worst that could happen if you asked your boss for a raise?

Let’s clearly define all of the worst possible outcomes:

In all of these possible outcomes, you did not get the raise you asked for. They increase in severity with the worst outcome being you actually getting fired for asking for a raise.

So now what? You asked for a raise, and instead you got fired. Where does that leave you? Well, you likely asked for a raise because you felt you deserved one. You had been working hard and providing value to the company without any increase in compensation.

You could take your entrepreneurial spirit of asking for a raise, and begin to do freelance work. Someone will pay you for the skills that you have. You could transition the first few freelance gigs you get into a more regular business. You could go work for yourself, and never have to ask for a raise from your boss again.

When you take your worst case scenario and break it down into pros and cons, it becomes very easy to see that even if the worst happens, you still have options.

From the ruins of loss, disappointment and failure, rise success.

Many people who have suffered the loss of a job, or made the decision to make a drastic change in their lives have reaped success. Often times, a disaster is the catalyst that we need to get motivated to make positive changes in our lives.

You have likely heard many stories out of this recession of people who hav e been fired from high paying jobs, only to start a business and become incredibly happy.

People who make the decision to work for themselves feel a sense of confidence and freedom that they never felt while working for a corporation.

There is good that can come from making a difficult decision.

10 thoughts on “Your Worst Nightmare Might Not Be So Bad”